Introduction Automation has long been a hot-button issue in the economy. As technologies like robotics, artificial intelligence and machine learning become more advanced, the landscape of what it means to be “employed” is changing dramatically. I think this trend will largely be a good thing for the economy as a whole; we’ll be able to […]

Top 10 ways Legos Are Educational for Your Child

Why Kids Learn with Lego’s Any doctor or teacher will tell you that play is the most effective way for children to learn. Play is the ideal approach to introduce kids to individual and societal concepts because they have short attention spans and patience. That is why Legos are such a useful educational tool. Legos […]

Is Scratch Educational for Kids?

Finding an app that is both entertaining and informative, as well as appealing to your children, may be difficult – especially if the subject involves programming. The Scratch app, on the other hand, has succeeded to bridge that gap, and we now offer lessons on it because of its ease of use for kids. However, […]

Roblox is a popular multiplayer game platform geared toward kids and teenagers. Roblox, unlike Minecraft, is both a game and a platform for young developers to create their own games. If you’re a gaming parent, think of popular online stores like Steam or Epic where you can buy PC games – Roblox is comparable, but […]

All About 3D Printing What is 3D printing? Additive manufacturing, also known as 3D printing, is the technique of creating three-dimensional solid items from a computer file. Additive manufacturing processes are used to create 3D printed objects. An object is built in an additive technique by laying down successive layers of material until the object is complete. Each of […]

What is STEM education? 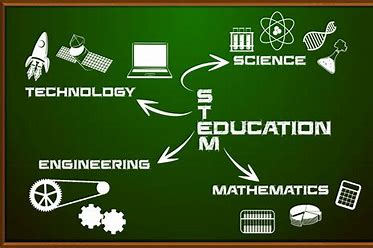 STEM (science, technology, engineering, and mathematics) is a curriculum centered on the idea of educating pupils in four specialized fields – science, technology, engineering, and mathematics — in an interdisciplinary and practical manner. STEM blends the four disciplines into a holistic learning paradigm focused on real-world applications, rather than teaching them as separate and independent […] What is the point of Minecraft? Minecraft is an open-world sandcastle game, which means it lets users interact with the environment in a non-linear manner while manipulating every aspect of the environment. The goal of Minecraft is to survive, which requires you to build, acquire inventory, and explore. These activities are complemented by a variety […]