Learning software development does not appear to be particularly enjoyable: you must learn theoretical concepts, spend numerous hours in the code editor solving practice problems, encounter errors, and figure out where you went wrong. When it comes to languages as rich and adaptable as Java, developers are frequently perplexed as to where to begin and how to learn. The good news is that learning a new programming language doesn’t have to be tedious or time-consuming. You may study and practice both fundamental and advanced Java topics by playing online games rather than stockpiling manuals and reading official guidelines. After reading this piece, you’ll know what coding-centered RPG and other game alternatives you may utilize to make the Java learning curve as enjoyable as possible.

Why Should You Learn Java?

‘Why should I start with Java?’ you might think if you’re new to software development. The truth is, the language is one of the first, which is why it’s an excellent place for developers to start. The architecture of Java has been repurposed by a variety of different technologies; hence, understanding the language’s basic concepts will make learning Python or Ruby much easier.

Then there’s JavaScript, the most powerful front-end language on the planet. Despite the fact that JS has its own ecosystem with different frameworks and libraries, its syntax is very similar to that of its parent, Java. As a result, understanding Java will help you learn Javascript more quickly. You’ll be able to set up both the server-side and client-side infrastructure of a website or web application once you’ve mastered both technologies. Aside from that, Java is one of the most diverse programming languages available. ‘Write once, run everywhere,’ is the team’s motto, and it perfectly captures the heart of the language. To support servers and embedded systems, development teams still utilize Java as their go-to Android development language, which is the backbone of desktop and web apps. You’ll have thousands of opportunities to use Java skills throughout your development career, so nothing you learn will be a waste of time.

Why Is Gamification the Best Way to Learn Coding?

‘Are games efficient enough to provide me a thorough coding education?’ is the next natural question that many entry-level programmers ask. We get where you’re coming from if you’re curious about this as well. Indeed, as children, we attend school and spend hours studying and listening to teachers in order to acquire basic arithmetic, science, and humanities skills. Isn’t it true that students should approach coding education in the same way?

Beginning coders, as some might think, are plagued by a lack of motivation. The majority of people don’t see a connection between the problems they address in the editor and their real-life applications. As a result, the completion rate for basic software development courses is low – most people get stuck on details, become confused, and abandon the learning platform. Games are a crucial component in keeping programming students engaged. Entry-level programmers retain more information, like the process more, and learn faster than traditional technique supporters by competing against other players, attaining new levels, and using coding to perform in-game tasks.

Last but not least, a lot of coding involves arithmetic, which most people dislike. When it comes to games, we’ve been socialized to enjoy them since we were little. If you give one the option between an hour playing Minecraft or an algebra lecture, one might take the game every time. Students can overcome biases and concerns established during secondary school by combining the two. They can learn to code without being intimidated by a large number of technical phrases and calculations. As a result, they make great improvements and maintain their confidence throughout their training.

Here’s a list of fascinating online games that make it simpler to learn Java online to help you enjoy every minute of learning the foundations and intricacies of such an elegant and versatile language as Java. Hours of vigorous training will fly by with those, and you will not be exhausted by the end of the study session. 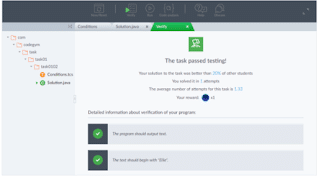 One of the most well-designed Java-learning tools available is CodeGym. It introduces the fundamentals of the language to people who have little or no technical background. The lore is imaginative and captivating. Set in the year 3018, the story follows Amigo, a robot that has landed on a foreign planet and needs assistance to get home. The protagonist must teach other planet residents Java programming in order to release his spaceship from obstacles. 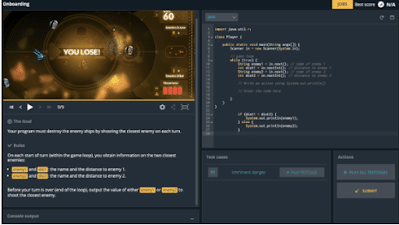 Codingame is a fun multiplayer game in which developers from all around the world compete to solve timed tests and create applications. Codingame keeps programming students motivated by allowing them to compete against their friends in fun graphic coding contests. Codingame appears to be a cutting-edge RPG application based on its user interface. Codingame allows developers to interact with tech firms and get recruited towards the end of the learning curve, in addition to providing a strong learning curriculum for 25 of the most common programming languages (including Java).

Code Combat is a 2D combat game that will transport you back to the era of video games in the 1990s. Coding students move and act for various characters throughout the story – to fight an opponent, finish a building, or move across the map, you will need to solve practice problems. New levels are unlocked as your Java programming skills improve, and the amount of practice problems you may complete improves on a daily basis. Code Combat teaches the fundamentals of application, game, and web development to children, college students, and adults. The site explains fundamentals such as algorithms, loops, and functions without overloading Java beginners with math and technical jargon. 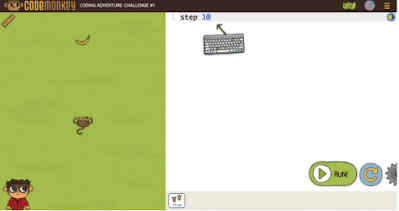 Teachers of computer science at schools frequently utilize CodeMonkey. Allowing youngsters to use code to help a monkey obtain jewels is thought to be an easy approach to engage pupils in coding and make programming more accessible. CodeMonkey is easy to integrate into the educational process because it is created in accordance with the school curriculum. Over 10 million pupils are currently utilizing the game, according to official figures. With over 50 million levels completed so far, the development team boasts a strong retention rate. CodeMonkey has received numerous awards, including the 2018 Editech Breakthrough Award, the 2020 Editech Review, and numerous others. 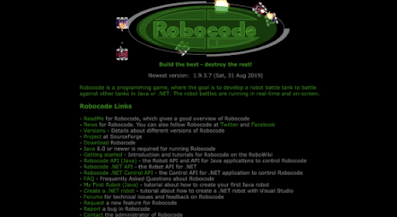 Coding is utilized to enable vehicles, robots, and other gadgets all across the world. Most programming students, on the other hand, still regard practice problems as abstract pastimes with no real-world applicability. Robocode comes to the rescue in this situation. This coding game allows beginners to guide robots through combat and compete against other players. Java students will have to enter commands in a built-in editor to maneuver a robot around or use it for combat. 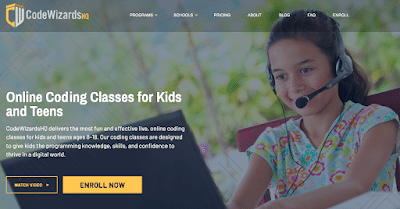 For kids and teens ages 8 to 18, CodeWizardsHQ offers exciting and engaging online coding training. CodeWizardsHQ is a website dedicated to code wizards “Hands-on learning projects are included in computer classes for youngsters, which they love! Kids progress to the next level as they learn each programming ability. Every coding lesson builds on the previous one, ensuring that students finish with a broad understanding of coding skills and a portfolio of cool, functional web pages and apps.”

Programming is not only a useful and financially successful skill, but it’s also a lot of fun to learn. The days of drooling over coding manuals to understand the feel of programming languages are long gone; instead, engaging games will make learning more enjoyable. Java learners will love every second of the language learning process with the 6 games listed above. Aside from that, competing with other developers will help you gain practical skills, improve problem-solving abilities, and increase stress resistance. Take your time trying out these games to see which one appeals to you the best.